The idea of a Technology Milestones in Chemistry Exhibit was born in 1999 during Ed Wasserman’s presidency. The plan was to have it ready for 2001 for the celebration of the 125th anniversary of the Society. He appointed a Steering Committee with Douglas Raber as Chair. The Committee included Ed Wasserman, Daryle Busch, President-Elect, Henry Whalen, and Chair of the Board. Since the election was not done yet both Presidential candidates Alan Schriesheim together with me were included to assure support in advance regardless of who will be the President in 2001. The Committee’s ACS staff included Madeleine Jacobs from C&EN and Theresa Laranang-Mutlu from Industry Relations. In early 2000 when the Selection Committee was created:

Paul Anderson. Merck as its chair

With the following members:

Worldwide request for nomination was sent in June 2000 and the Committee assembled the content of the exhibit by early 2001.  An electronic exhibit was created with six boards where two contained the history of the exhibit and the participants. Four boards summarized the major accomplishments of chemistry and chemical engineering on the areas of Energy& Transportation, Information&Communication, Health&Medicine and Food&Agriculture. The exhibit was first displayed at the 2001 Fall Meeting in Chicago creating a logo: “Celebrate 125 years of Technology Milestones in chemistry and chemical engineering that have transformed our word.”

On each of the four boards the exhibit listed the chronology of the discoveries in the corresponding fields with a pushbutton for each developments, which upon activation displayed on TV screen of the board the details of the discovery’s impact on our life. No chemical equations were included. The purpose was to increase the public image of chemistry by conveying the importance of the discovery to those who had no chemical background. The aim was that after the Chicago meeting it will be moved around in the country to be exhibited in Convention Centers, Museums and other establishment frequently visited by the general public.

However, various problems became evident when it was moved to the meeting of the American Chemistry Council in Houston.  Due to the sensitive electronic nature of the exhibit the transportation turned out to be expensive requiring electronic technicians for disassembling and setting it up again. In addition, the problem the description and importance of the various discoveries on each board could be viewed only one person at a time. For this reason, the exhibit was mothballed waiting for further development to solve the problems.

The solution to these problems came five years later during an interaction with the International Science Chapter in Hungary where the problem of the public image of chemistry was discussed. The conclusion was that the lack of recognition of the many achievements of chemistry, which improved our everyday life, is not only a problem in Hungary but also worldwide major concerns. Prof. Thomas Kiss of the University of Szeged, Hungary, then Chair of the Chapter, who saw the exhibit in Chicago, asked whether they could use it in Hungary for informing the population about the impact of chemistry on our everyday life. They offered creating a colorful poster exhibit based on the essence of the electronic exhibit. Prof. Veronika Nemeth of the University of Szeged (nemethv@chem.u-szeged.hu) volunteered to create it with the help of her graduate student Ms. Nora Rideg both in English and in Hungarian. The Hungarian language exhibit with 32 posters was displayed in April 2007 in Szeged, Hungary. Since the posters could be easily rolled up and moved from one place to another it solved the transportation problem. The exhibit toured Hungary. So far it was shown in 20 different high population density areas making it also available not only the general public but also allowing organized visits by local high school students.

The arrangement of the exhibit is in Power Point form in two ways. One is composed of 32 posters, which can be printed out in any size.  They are grouped by the four topics mentioned above, listing first the general importance and the chronology then followed with the individual developments, generally 3-4 of them to a page. The English version also includes Power Point presentations on these four areas suitable for lectures with each slide listing only one development for easier viewing. The importance of this became evident when in Hungary the disc was distributed to high school chemistry teachers. They were experimenting with starting out introductory chemistry classes with the accomplishments of chemistry not with atoms, molecules and chemistry principles. It was found that once the students saw what role chemical developments play in the everyday life, there was increased interest in how chemistry accomplishes them.

Following the success of the Hungarian exhibit, in 2008 the English language disc was distributed at the Annual Assembly of EuCheMS (European Association of Chemical and Molecular Sciences) in Norway to the delegates representing 36 European nations and 55 chemical societies with information on its history indicating how easy is replacing the text with any translated version without changing the colorful picturesque background. At that meeting, a representative of the Federation of the Asian Chemical Societies also asked for copies of the disc to be distributed to the 29 members of the Federation. The first translation was done by the Romanian Chemical Society (Drs. Anca Silvestru, ancas@chem.ubbcluj.ro and Virginia Coman, coman.virginia@yahoo.com). This was shortly followed by the Slovakian exhibit in Bratislava May 2009, translated by Drs. Viktor Milata (viktor.milata@stuba.sk) and Milan Drabik (uachmdra@savba.sk).

This opened up the interest for more translation. The bilingual Puerto Rico Section translated it to Spanish for distribution to Central and South American Chemical societies. The translation was done by Prof. Carmen Velazquez de Collazo (ccollazo@email.pucpr.edu) of the Catholic University of Puerto Rico. The Spanish version was exhibited at the Annual Meeting of the Mexican Chemical Society September 2009 in Puebla, Mexico. With the help of Dr. Herbert DaCosta  (hfmdacosta@yahoo.com) the exhibit was also translated to Portuguese and given to the Brazilian Chemical Society.

Shortly after this in October 2009, at the Annual Assembly of EuCheMS in Interlaken Switzerland there was a special discussion session on preparing for the celebration of the International Year of Chemistry in 2011 (IYC11) and Prof. Nicole Moreau (nj.moreau@free.fr) incoming IUPAC President urged the delegates in her talk to translate it to their on languages as the most effective tool for this purpose. She asked the French Chemical Society to have the French translation ready for the opening ceremonies of IYC11 in Paris (January, 2009) where it was displayed together with the English version. This started a number of chemical societies in Europe to translate it to their language for the IYC11 celebration, followed by various African and Asian chemical societies. In Israel the Hebrew version was displayed in the Knesset at the opening of IYC11 and the disc was distributed to all high schools. The Korean Chemical Society converted it into a book and distributed 200 copies in South Korea. The Hungarian Chemical Society working with BASF converted it into a virtual book in eight languages (www.chemgeneration.com)

If interested to translate it to a language not listed, please, contact Attila Pavlath at WRRC-USDA, 800 Buchanan, Albany, CA 94710, Tel. 510559-5620, FAX: 510-559-5818, E-mail: AttilaPavlath@yahoo.com or apavlath@pw.usda.gov. Also since the original exhibit was assembled in 2000, some important new developments occurred during the past 10 years, there is a need to update the content.

In summary, it is evident that the exhibit is a very effective tool for improving the public image of chemistry. The Haber Bosch synthesis can be used as an example. To a non-chemist the achievement of reacting an “inert” nitrogen with hydrogen at high temperature and pressure using various catalysts has no interest. However the fact the chemistry was able create artificial fertilizers, which made possible multiple production of food materials to feed the population is important and easily understood. The exhibit gives numerous examples without talking about the chemistry behind the processes, which make it possible. While occasionally some side effects of chemical accomplishments cause environmental problems, such as DDT on the bird population or fluorocarbons on the ozone layer, they must be taken together with the benefits they provide, i.e. saving millions from malaria and preventing food poisoning through refrigeration. It should be also pointed out that once their side effects were discovered chemistry was able to develop new ways to replace them.

The exhibit was a good start to improve the public image of chemistry in conjunction with the International Year of Chemistry in 2011. However, this should not be a one-time event. This should be a standard continuous process; we cannot sit on our laurels. We have to counteract the continuous sensationalist attacks on chemistry in a positive way to show what would be our life without chemistry.  This will convince our students about the value of chemistry. Whether they will select chemistry or not as their profession is secondary. Today’s student will be the general public of tomorrow and this will create a positive attitude toward chemistry and automatic increase in selecting chemistry as a profession. 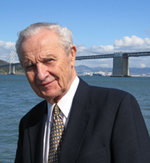